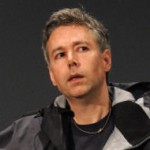 With vegan and raw food diets becoming widely known for health benefits, many celebrities, including musicians, are filling their plates and homes with vegan products. Some of these famous vegetarians are taking a stand against environmental destruction and cruelty to factory farm animals by becoming vegan.

Alanis Morissette wiped her “Hands Clean” by saying goodbye to the processed food making her overweight and unhappy. In becoming a vegan, she lost 20 pounds, feels her best and no longer has aches and allergies.

Beastie Boy Adam (MCA) Yauch decided rather than let it be “Time to Get Ill,” is fighting off salivary gland cancer through Tibetan medicine, and at the recommendation of the Tibetan doctors he met in India, is following a vegan/organic diet.

Moby, a vegan of over 20 years, doesn’t really live like “Hope is Gone.” He has numerous albums, is outspoken on his animal rights passion, and even owns Teany, a New York City teahouse with vegan cuisine – closed for the moment due to a fire.

Erykah Badu has been vegetarian over 20 years. For the the last two years she has been vegan, after realizing “Time’s A Wastin.” She told VegNews, “[What farmed animals] endure is just terrible. It’s horrible.”

Snatam Kaur, a highly popular New Age musician, is definitely “Feeling Good Today!” as she graces so many others with her gorgeous voice and her compassion for all creatures and the planet.

“There’s actually nothing more powerful that one can do for the environment than become a vegetarian. The energy that goes into creating that piece of meat is incredible. And as human beings, we simply cannot digest it . . . during autopsies, they find traces of meat leftover from when somebody was five years old—even when they’re doing the autopsy on an 80-year-old. It’s just not healthy.” (Vision Magazine, November 2009 issue, article by Elyssa Paige) 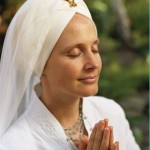 Snatam will hold an afternoon Children’s Yoga Adventure’ workshop before a Nov. 14 show in San Diego.

For more extensive lists of musicians you might love who are veggie, don’t be afraid to Google!