Famous Vegetarians Who Are Amazing Athletes 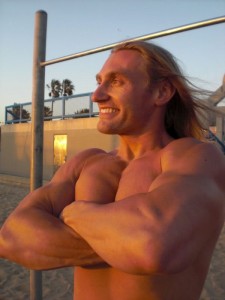 A few prominent misconceptions have lingered over the years about vegans and vegetarians, despite their diets increasing in popularity.  First we often hear “how do you get enough protein?” Along with that may come remarks that those abstaining from meat look emaciated. Both myths are blown out of the water by Kenneth G. Williams, Robert Cheeke, and other healthy athletes who have become globally famous vegetarians and role models.

In 2004, at the most prestigious natural bodybuilding competition in the world, Kenneth G. Williams finished third out of over 200 international competitors, becoming America’s first vegan bodybuilding champion. Now  Williams is a Spokesperson for In Defense of Animals (IDA) on diet, exercise, and compassion, tuning people in to the cruelty of factory farming.

Robert Cheeke is a popular vegan bodybuilder and motivational speaker as well.  Check out his vegan cuisine choices that keep him healthy. Cheeke’s website proves vegan bodybuilding is not just for men, with profiles of women like the buff Kailla Edger who eats fresh vegetables and fruits, tofu, beans, legumes, whole grains, and nuts. 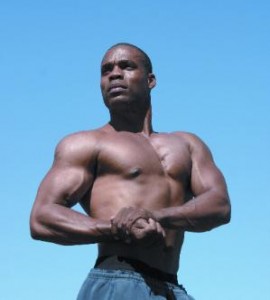 OrganicAthlete is a nonprofit with worldwide chapters promoting healthy living, ecological responsibility, and compassion for all life. The OrganicAthlete Guide to Sports Nutrition is a helpful resource for those wanting to get into shape while eating healthy vegan diets.

Brendan Brazier, a professional Ironman triathlete, writes on performance nutrition, and created Vega whole food nutritional products.  And we will never forget Carl Lewis, the Olympic gold medalist in track and field, who after becoming vegan had his best performances.